Posted by: Webmaster G | Comments Off on Buy Vernon Subutex 2 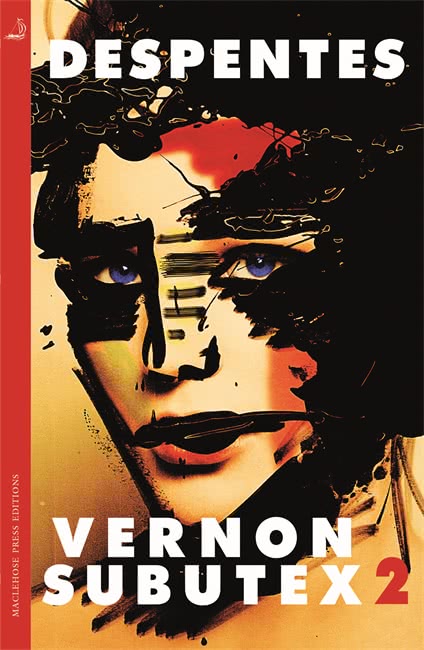 VERNON SUBUTEX 2 by Virginie Despentes (translated from the French by Frank Wynne). Published in English by MacLehose Press.

Rock star Alexandre Bleach might be dead, but he has a secret

The hunt for Virginie Despentes’ enigmatic hero continues in the second title in her bestselling trilogy.

It’s a secret that concerns several people, but the only person who can unlock it is Vernon Subutex, former record shop proprietor turned homeless messiah and guru, last seen hallucinating and feverish on a bench in the parc des Buttes Chaumont.

Aïcha wants to know the truth behind the death of her mother, Vodka Satana. And if she finds the bastards responsible, she wants to make them pay, whatever Céleste thinks of her plan.

Céleste wants Aïcha to get a grip and stop hanging around with Subutex’s gang of disciples.

The Hyena wants to find the Bleach tapes. She wants to untangle her complicated feelings about Anaïs, her boss’ assistant. And speaking of her boss, she does not want Laurent Dopalet to discover how badly she has double-crossed him.

Laurent Dopalet wants the Hyena to find and destroy the Bleach tapes. He wants to forget he ever knew Vodka Satana. He wants people to stop graffitiing his apartment with ludicrous allegations. Above all, he wants people to understand: NONE OF THIS IS HIS FAULT.

THE SEQUEL TO VERNON SUBUTEX 1, SHORTLISTED FOR THE MAN BOOKER INTERNATIONAL PRIZE 2018.

Translated from the French by Frank Wynne