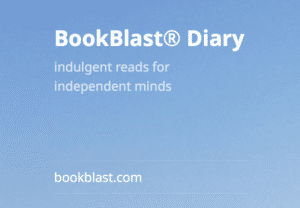 “Vernon Subutex 1 is universal in its portrayal of the harshness of urban life and the evolution of Western society over the last 25 years or so. Paris has always been an international cultural crossroads where celebrities from the worlds of fashion, music, art, literature and politics converge. Not much has been published in the UK about the underground scene, or what goes on behind the scenes in the Paris Media. The narrative is peppered with French and international cultural references.

To each generation its dead-end pleasures and burnout. Hubert Selby Jr, Jay McInerney, Toby Litt, Irvine Welsh and now Virginie Despentes bring it all alive, each in their way. At times, while reading, it felt as though I was back in West London as it once was, before the gentrifiers, addiction counsellors and disaster capitalists moved in. The past truly is a foreign country.

Virginie Despentes is a caustic, funny, shrewd observer. Frank Wynne has translated her audacious, fearless novel beautifully with an insider’s ear for subtle linguistic nuances and slang. Although many of the friendships are underpinned by desire, disillusion and envy resulting in back-biting and betrayal, the characters are touching and convincing, one way or another. They mess up, are messed up and mess each other up. The writing moves fluidly in and out of the points of view of the characters, alternating between first and third person which gives the story intimacy and a layered density. ”